The next photo was taken about one year ago, with no surface treatment on it.

During the past one year, I’ve been working for the rivets on the entire body of my Ki-61ii. Rivet work is a painstaking and boring task just like ascetic practices, ( and I’m not a buddhist monk at all) so I sometimes needed to insert some gimmick works for breathers. This time, I’d like to introduce the gimmicks as well for your reference. Enjoy !

The rear access door works with a folding stay. Represented it out of tiny bolts, brass wire and nickel silver sheets.

Of course, it works just like a real one !

Thanks to the Kawasaki’s great reference book “The record of Ki-61 restoration(Model Art Publisher)”, now we know the details of the inside of the engine panels. You can see the frames and the latch holders on it.

The lower cover has two doors for coolant drains. Represented them out of plastic sheet, brass pipe, brass wire and nickel silver sheet. They can open and close !

At last…started to surface and to coat with primer.

Decided to remake the inspection window for tail gear so that the cap connected with the chain. Built an assembly separately, dig a big hole on the fuselage and install the assembly onto the fuselage.

*FYI. The Hasegawa’s kit represents the tail fairing just as an engraved line, but in reality it was a literally “faring”. Scraping the line with design knife can correct the shape.(Find the difference in the blue dotted circles)

The roll over pylon of the Hasegawa’s kit is too small due to the thickness of the 3rd canopy part. You can correct its shape by adding some plastic pieces.(See in the red dotted circle)

Kawasaki had restored accurately the fuel cooler of Ki-61ii #17 in their restoration project. You can also check the details of it on “The record of Ki-61 restoration(Model Art Publisher)”. It will be equipped between the main gear bays.

Once I made the handles out of plastic rod, but they were very frangible. So I remade them out of brass pipes and wires again. The brass pipe should be chamfered to make it square as real one. Of course, they work !

Even when you can grab the handle, you can’t climb into the cockpit if without footsteps. As you can see on the photo above, I made the assemblies separately, installed them afterwards. Yes, they can move !

The runner for 2nd canopy of the Hasegawa’s kit is almost horizontal, but it’s tilted in reality. I filled them with putty and re-scraped. The sidewalls of the cockpit were lifted to the higher position accordingly.

As far as I studied, there’s no 100% accurate drawing to show all rivets position of Ki-61ii late version in the market. So I referred to the photos that I took during the research for Ki-61ii #17 in 2017 and Joe Picarella’s great reference book “Aero Detail 32”. And also many experts helped me a lot. Thank you !

This is a mixing build out of Hasegawa’s Ki-61i and Ki-100, but when considering the scale, the length and the shape of the nose is almost accurate comparing with the drawing on the Kawasaki’s book. But the main wing span is 1.5mm shorter on each side than real machine, because of the Hasegawa kit’s nature. Very regrettable, but I gave up the failure.

Zooming up the radiator cover.

Because I can NEVER count all of the rivets of this model !

This is to make the aileron able to move. Out of brass wire and nickel silver sheet, made hinges and installed.

Represented the almost same mechanism with the real one to make the tail movable. Made hinges out of plastic sheets. Didn’t use metal material for this hinge because not so heavy load applied on it. Also you can see the hooks for wing operating rod.(Out of nickel silver sheets)

Almost same mechanism with vertical tail, but putting metal sheet between plastic sheet as hinge. (see in the dotted red circles) You can also see the trim-tab-rod in the upper right sub-photo.

The 3rd canopy has a characteristic structure. Made a frame out of plastic sheet, put it on the canopy. (See the white stuff)

You can also see the headrest and head and shoulder armour in the upper left sub-photo on the previous photo. 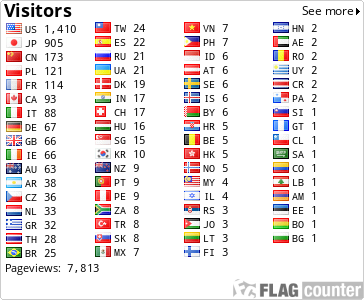